Physician of the Year- a Congrats card! 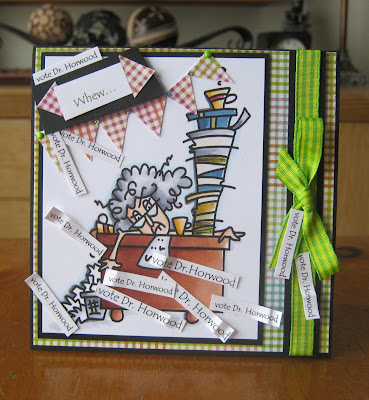 My sister works for a team of Orthopedic surgeons and really admires them all.  The fact that she herself  has "needed" them in the past when they pulled through makes her job even more rewarding.  She called the other day to tell me that the one doctor she works for  was just named "physician of the year" at their local hospital and she and her co-worker would like to give him a special card.  In comes "Stella" from Bugaboo stamps (work never hurt anyone) .  My sister told me that they adore this Doc and have been telling him that they "knew all along" he was deserving....:)  Making it look like they "stuffed the ballot boxes" I just typed up some "votes" and cut them out and crinkled them a bit...it is a tiring job! Just ask Stella!    lol   Dp is BG and the flag banner was just some cut up triangles.  Stella is colored with Copics. The inside says "WE KNEW you would win this! "    THIS is also my entry in the "catch the bug challenge blog" going on!!    TFL!  Have a great weekend!
Posted by Jane Wetzel at 7:42 AM

Oh my gosh, what a clever idea! Your sister (and the docs) are going to LOVE it. Nice job. Thanks so much for joining the Catch the Bug Challenge this week. Would love for you to join us again.
Lori

Oh my goodness, this is excellent!!! How great of you to make this for your sister, perfect! Thanks for playing along at Catch the Bug!

Heehee! Brilliant!!! this card cracks me up!

This is soo fabulous! We must be on the same wave length hehe. What a great personalized card!

LOL this is super! I love the vote tickets and the sentiment, awesome job Jane!
love tasha xx

What a great card. Another great image. It just has to make you smile.. Hope you are having a great weekend..

This is seriously adorable! What a really cute idea.

Oh my goodness . . . how perfect. Stuffing that ballots - that's great. 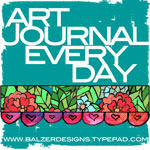 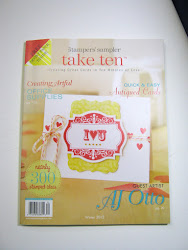 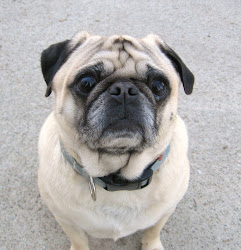 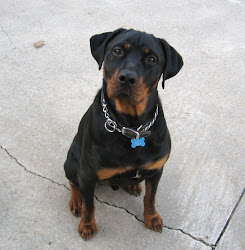 Jane Wetzel
Hi and glad you are here! I love ALL KINDS OF ART and I hope to make this blog reflect that... I am married to my best friend and best dad to our 4 adult kids..Jim for over 40 years. Grandma to three cuties. Art is my escape and obsession. Thanks for visiting . :)

All content (including text, photographs, and designs) is ©Jane Wetzel. All original work is for personal inspiration only and may not be copied for contest submission or publication.